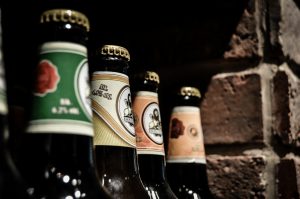 The Brewers Association, which represents nearly 4,000 breweries across the United States, is changing its guidelines related to how beers are labeled and advertised.

Julia Herz, who serves as the craft beer program director at the Brewers Association, was responsible for discussing the nonprofit trade group’s updated rules. While the organization aims to encourage creativity in craft beer advertising content, it’s also hoping to help create a brewing scene that is more inclusive overall.

“The Brewers Association also believes that beer marketing should represent the values, ideals and integrity of a diverse culture,” Herz writes.

Unlike labeling and marketing rules imposed by the U.S. Alcohol and Tobacco Tax and Trade Bureau (TTB) and the U.S. Food and Drug Administration (FDA), the Brewers Association’s rules are not legally binding. However, they provide a framework for commonly accepted practices in the industry.

The Brewers Association’s labeling change, which accompanied the creation of a Diversity Committee, comes as the craft beer industry seeks to be more inclusive in both its staffing and marketing efforts. The updated guidelines encourage craft brewing writers to follow tactful principles related to how companies market their beverages.

The newly released rules represent an attempt to reduce the number of craft beers labeled with messaging that is potentially offensive.

Stating that advertising content should not, “contain sexually explicit, lewd or demeaning brand names, language, text, graphics, photos, video or other images that reasonable adult consumers would find inappropriate for consumer products offered to the public,” the Brewers Association’s new rules also state that craft brewers should not use labelling that may “contain derogatory or demeaning text or images.”

The craft brewing industry, both at home and abroad, is changing in significant ways. The burgeoning craft brew scene has exploded in popularity across the country, radically transforming the way breweries are structured. Fortunately, this means that the industry is becoming more welcoming to women and minorities, which is leading to changes in the ways that craft brewing writers market these companies and their products.

Brewing is a $252.6 billion industry that supports an estimated 1.8 million jobs across the United States, according to 2015 statistics from the Beer Institute. Generating a more inclusive atmosphere in this ever-growing sector of the U.S. economy is important as the industry becomes more segmented and craft brewers continue to move in on the market shares of legacy beer corporations.

In a highly competitive landscape, many craft brewers are turning to content marketing to promote their products and build greater brand awareness. This may include regular blogging, being active on social media and creating various other types of content that engage current and potential customers.

It’s truly an exciting time to be involved in this industry, and with all the changes taking place, there will be untold opportunities for craft brewing writers to explore new ways to set their brands apart.

ProPRcopy specializes in creating high-quality written content for craft brewers and other food and beverage manufacturers across North America.