Commonly misused words—and how to properly use them 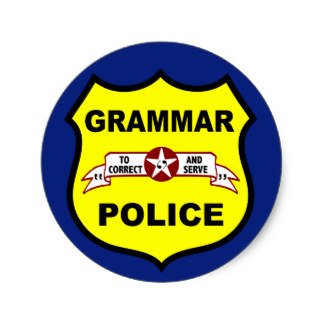 To grammar nerds and copywriters everywhere, nothing is more infuriating than seeing words used improperly. But even large companies are occasionally guilty of preventable grammatical errors in their marketing materials.

Here are a few commonly misused words—and how you should actually use them:

Both of these words may be used as both nouns and verbs, which can seem a little tricky at first. As verbs, affect is to influence, as in “the movie greatly affected him on an emotional level,” while effect is to accomplish or achieve something, as in “the company effected a new marketing policy.” As nouns, affect is an emotional state, while effect is the one you are almost always going to want to use—a result. “The effect of the marketing policy change was stunning.”

Between is used when you have separate, individual nouns. Even if there are three people, you would still use “between,” as long as those people are separate and distinct entities. Saying, “We will choose between Joe, Jack and John” is still correct. Among is used when there are three or more items not separately named. For example, you would say, “We will choose among several candidates for the position.”

Compliment may be used either as a verb or noun, and in either case it refers to saying something nice about another person (or the nice thing being said). Complement means something adds to, enhances or otherwise improves another thing, such as peanut butter complementing jelly in a sandwich.

Everyday vs. Every day

This distinction is a little complicated. Use every day when talking about something you do each day. “I eat a bowl of cereal every day before I read the newspaper.” Everyday, on the other hand, means something that is commonplace, as in “She’s just your typical, everyday farmer.”

This list is only the beginning—there’s a broad range of words and phases commonly misused in the American vernacular. Are there any others you would add?