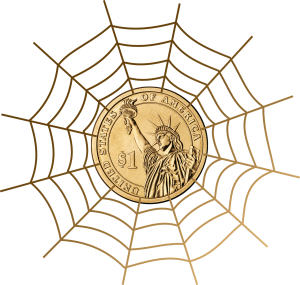 Anyone who has ever sought startup money for a business or idea is no stranger to just how tightly the purse strings of potential investors can be. Unless you’ve carved out a brand new, untapped market of potential customers, prototyped a never-before seen product or have a network of resources ready, willing and able to support your venture, even the best idea can flounder due to a lack of financial backing.

So what do you do if you’re sitting on a worthwhile idea that needs an infusion of cash before it’s ready to take off? You turn to crowdfunding, of course! And where your project was once overlooked and undervalued by traditional investors, it becomes another candidate for success through public crowdfunding platforms like Kickstarter, IndieGoGo, CrowdRise and even GoFundMe.

However, simply taking the time to fill out a crowdfunding application is not going to guarantee you backers, and slapping a project together with some crazy glue and glitter isn’t going to make it appealing. It takes the same attention to detail you would put into pitching your idea to investors and the right finesse to make your idea stand out from the thousands more competing for the average $10 donation.

Speaking to the masses

In 2014, 22,252 projects were successfully funded on Kickstarter, and the most funded projects were spread across a wide range of ideas. Although this number alone is impressive, what’s even more exceptional is the dollar amount that’s behind it — $529 million. According to Business Insider, that amounts to about $1,000 each minute.

This mind-boggling amount of investment money doesn’t just come from nowhere and go somewhere, however. There’s a very specific connection between backer and project, and it’s one that needs to be thoroughly recognized if you are to capitalize on crowdfunding in a meaningful way.

Getting the attention of your potential investors centers on two chief complements that Kickstarter and other successful platforms have outlined heavily — audiovisuals and written content. Essentially, it boils down to capturing viewers’ attention and then telling them your story. To do this, you’ll need an entertaining or captivating video and thorough, well-written copy.

Together, these two components are the force majeure of your crowdfunding push, and your one and only chance to reach potential backers.

When it comes to telling the story of your idea, pitching the project and appealing to the masses for funds, it’s important to keep a few things in mind. Stay on topic and to the point, speak in a meaningful way that’s transparent and honest, don’t mislead people about your expectations or realities and don’t downplay your confidence in an attempt to be modest. You should give your potential investors the digital version of a firm handshake and an honest smile.

Again, simply having a video or writing up a long-winded explanation of your idea won’t open the floodgates for backers on your project. Investors want that professional touch, leaving them with a feeling of confidence when they’re hitting the donation button. And unless you’ve got the time, skills and patience to shoot and edit your own video or write a cohesive, yet succinct summary of your project, you’re likely staring down the barrel of an old adage — “you need to spend money to make money.”

Kickstarter and other crowdfunding platforms are not without their investment risks, even though these risks are minimal in comparison to other funding paths. In fact, virtually the only investment risk associated with crowdfunding is spending the cash upfront to have your project appear market-ready by the time you start asking for funds. This market readiness isn’t just for flash or allure, however — it’s to show people that you’re serious about your idea and that you’ve taken the right steps toward making it a reality.

In short, crowdfunding is not a magical fairytale opportunity for you to amass millions of dollars in investment money with no strings attached. What it is, however, is a way to get the ball rolling on your brilliant idea with the support of others who believe in what you have to present them. And if your presentation is lacking in finesse or pales in comparison to a similar idea, your potential investees could easily move on without you.

Kyle Danowski is a senior editor with ProPRcopy, a company that offers a wide range of high-quality copywriting services, including content to promote crowdfunding projects.