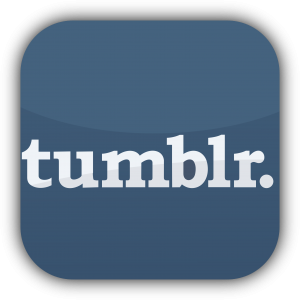 As one of the web’s newer social media platforms, Tumblr may not have the same visibility as a network like Facebook or Twitter. But particularly among the under-25 crowd, which makes up about half of its users, Tumblr is frequently seen as not just another platform, but as a primary social media outlet.

Already, Tumblr’s blog offerings dwarf those of WordPress, and combined with a mass departure of younger people from Facebook, especially Tumblr-inclined teens and young adults, it’s clear that the platform can offer something in terms of marketing value.

In some ways, Tumblr combines the features of social media with the functionality of blogging. It allows its users to benefit from the streamlined look and feel of a blog, while also having the ability to like, share and follow other Tumblr content — much like they can do with Facebook or Twitter. Not surprisingly, the ability of Tumblr to use all these features to attract and transmit viral content is one of the big ways in which it can serve as a marketing tool.

In addition to this streamlining of the attributes of standard blogs and social media, there are other ways in which Tumblr can be beneficial for content marketing. These advantages are largely a result of Tumblr’s setup. A single post on your Tumblr blog can yield results quite unlike any other type of marketing, and it can do so in very little time.

When your post is shared on Tumblr, it appears on the sharer’s blog, a process that Tumblr has dubbed “re-blogging.” This can provide considerable marketing value, as each re-blogged post contains a “dofollow” link back to your original post. This may result in substantial traffic back to your site, and the potential power of a single post can be further expanded by including a link — to your company’s website, for instance — in the content you provide.

Tumblr also allows your content to be discovered very easily, as its users actually employ hash-tagging as a means of content discovery. You don’t even need to have a large following to reap the benefits of content marketing via Tumblr, and particularly because it’s such a visually oriented platform, you don’t have to worry about crafting lengthy blog entries. Instead, Tumblr is great for photos, illustrations and memes — content that can be created somewhat easily, and consumed and shared even more swiftly.

Perhaps on the most basic level, the reason Tumblr can be a useful content marketing tool is because it is yet another platform that’s available to anyone, and the cost involved in marketing via Tumblr is limited to the short amount of time it takes to set up a blog and post content.

If your brand already has a presence on Facebook, Twitter or Instagram, you’re probably already doing a lot of cross-platform promotion — so why not add Tumblr to the mix? It could offer an excellent way to boost your existing marketing efforts, and add even more social media-friendly content to your content marketing efforts.

Tom Useted is an associate editor with ProPRcopy, a respected copywriting firm offering high-quality social media content for a variety of online platforms.