A Lesson from Abercrombie About Exclusivity in Marketing

There has been significant public outcry over the past few days regarding a statement made by Abercrombie & Fitch CEO Mike Jeffries as to how the clothing company targets its core audience. Here are the comments, made in 2006, but highlighted in a recently released book on retail trends:

In every school there are the cool and popular kids, and then there are the not-so-cool kids. Candidly, we go after the cool kids. We go after the attractive all-American kid with a great attitude and a lot of friends. A lot of people don’t belong [in our clothes], and they can’t belong. Are we exclusionary? Absolutely. Those companies that are in trouble are trying to target everybody: young, old, fat, skinny. But then you become totally vanilla. You don’t alienate anybody, but you don’t excite anybody, either. 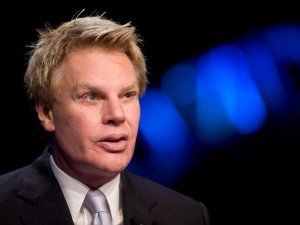 Yikes. There was very little good that could possibly come from this statement, especially in the way it was phrased. Jeffries goes out of his way to exclude and even marginalize entire groups of people in a frank and offensive way.

And yet, hidden within this quote is a nugget of truth—exclusivity in brands is a powerful thing. If your brand is able to attain an appearance of exclusivity, it instantly becomes more attractive to potential customers. The key is finding a way to become “exclusive” without actually going out of your way to exclude others, as Jeffries has done. As this recent example with Abercrombie goes to show, going too far can lead to a PR nightmare.

As writers, one of the first rules that we learn (both for marketing and creative writing) is “show, don’t tell.” Whenever you describe the qualities of people, items or anything else, it is always much more powerful to demonstrate how they embody those qualities than it is to simply list the qualities they possess.

Let’s say there’s a person named John who is very charitable. Rather than saying “John does a lot of charity work,” it is much more effective to give an account of a day in the life of John doing volunteer and charity work, and the impact it had on others. This forges a much more emotional connection between the reader and the subject, and instantly increases John’s appeal as a character.

The same is true in advertising, even with this idea of exclusivity. You don’t want to just come out and talk about how “exclusive” you are, like Jeffries did. He comes off as an arrogant executive blowing hot air. However, there is still some power in presenting yourself as an exclusive brand, without actually having to characterize yourself as such.

Consider the many different types of celebrity endorsements. How many times have you seen a big-name celebrity promoting a sports car, fancy watch or perfume line? Likely every single day. I guarantee you that not once in those commercials will you hear the word “exclusive,” but in showing that the rich and powerful are using these products, that’s exactly the message the brand wants you to hear. They’re showing—not telling.

There are also many techniques brands can use to increase the feeling of “exclusivity,” such as invitation-only sales or events for company “members.” You can even make certain products much less available on purpose, creating a greater demand for it.

All brands target specific types of customers, but they do so without telling people outside of their target market that they’re not welcome. They invite everyone to become a customer, but use their marketing efforts to reach out to the people who are most likely to shop and spend money with them. The problem is that Jeffries took this concept and went off the deep end.

With a competent marketing approach, you can have the best of both worlds—an exclusive brand without the PR nightmare.

Tim Backes is a senior editor at ProPRcopy.