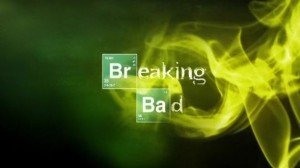 AMC’s “Breaking Bad” is, in my opinion, the greatest television drama of all time. This week marked the show’s series finale. There was a ton of fanfare surrounding the event, which is understandable considering the show has built up quite a following over its six-year run.

The final season was intense, suspenseful, riveting and any other adjective you’d like to use. Expectations for the finale were truly immense, so the question all season was not just how the show would end, but whether or not the show’s team could create an ending that lived up to expectations.

The general consensus among fans of the show seems to be that they succeeded in doing exactly that. But let’s not understate how rare that is — to have a popular, critically acclaimed show go out with a bang on its own terms is something you don’t see very often. How were the show’s creators able to fulfill expectations of the finale while still creating a significant amount of marketing hype?

Here are a few of the marketing lessons we can learn from “Breaking Bad.” If you haven’t seen the finale yet, don’t worry! I’ll be keeping this post spoiler-free:

1. Give consumers exactly what they expect. Many people had been wondering if “Breaking Bad” would create a swerve in the finale just to throw off people who had predicted the end of the show. However, the show’s creator, Vince Gilligan, was recently quoted as saying that “sometimes the best surprise is no surprise.” The show had already succeeded in building the drama throughout its final season, and Gilligan and crew gave fans an ending they may have predicted, but also one that they clearly wanted. The lesson here? Always do whatever you can to give your customers what they want and expect. The payoff is sure to be worth it.

2. Create a slogan to help build your brand. Creating slogans may seem like a cheesy idea sometimes, but there’s no denying the impact it can have on strengthening your brand. For the “Breaking Bad” finale, the show’s creators used the slogan “All Bad Things Must Come to an End.” It appeared on television commercials, posters, social media and more, all building up the idea that the show was truly coming to an end.

3. Get your consumers engaged. “Breaking Bad” didn’t simply make its finale a television event — it was a social media event, as well. If you are on Facebook, chances are you saw at least a few “Breaking Bad”-related profile picture changes in the week leading up to the show. That’s because the show created a Facebook application that turned user’s names into text styled after the show’s periodic table logo. The television broadcast prompted viewers to tweet with the hashtags “#goodbyebreakingbad” or “#breakingbadfinale#”. Clearly, the show’s creators wanted people to feel involved with their product, which is very powerful for marketing.

4. Never sacrifice quality for popularity. Perhaps the best thing that can be said about the creators of “Breaking Bad” is that they never once sacrificed their vision of the show and their commitment to quality television for what might attract more viewers. They understood their target audience, respected their audience’s intelligence and delivered an outstanding product on a consistent basis. The results? A truck load of Emmys, a passionate fan base and a reputation as one of television’s greatest dramas.

Remember: if you own a business, you’re never going to be able to reach everybody, but you can do your very best to satisfy the people in your target audience with high-quality products.

In these four ways, “Breaking Bad” taught us not only how to build up a successful end to a great television show, but also how to put together a great marketing campaign. It’s just one more feather in the cap for television’s greatest drama.

Tim Backes is a senior editor with ProPRcopy, a copywriting service that helps companies and organizations across a wide range of industries engage in effective content marketing.