Google may pull the plug on Google+ as a social network

So much for being the “future of social media.” After just a few years, Google will reportedly pull the plug on Google+ as a full-fledged social media site, indicating what many marketers have long suspected — that the platform has been a failed experiment. TechCrunch was the first to report the news yesterday. 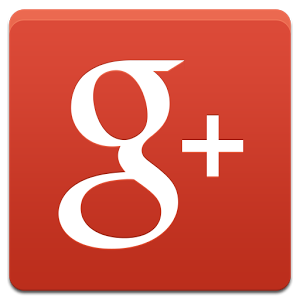 It’s difficult to say right now what this means for the future of Google+. According to the TechCrunch report, it doesn’t necessarily mean that Google+ is “officially dead.” However, it’s clear that Google no longer sees Plus as a viable alternative to much more popular networks like Twitter and Facebook.

It’s a little tough to believe, when you think about it. At the time Google+ was introduced several years back, many experts were predicting that it would be a huge success. With Google at the helm, it was easy to feel positive about the network’s future, because let’s face it — Google does the Internet better than just about anybody. There were blog posts galore about how Google+ was the wave of the future. Now it appears that that future is dead. Sure, features like Hangouts and Photos are likely to stick around, but many of the lesser-used features of the social network appear to be done.

The biggest question people will ask in the wake of this news is: what went wrong?

It’s not easy to answer that with anything other than speculation at this point, but here are a few likely contributors:

At the beginning of Google+, plenty of people lauded Google for creating a cool, easy-to-use interface with the social network, and reviews told us that it was even easier to use than Facebook. Clearly, quality wasn’t an issue. Instead, one has to think that a lack of differentiation in its marketing campaign helped doom Google+ from the outset.

If Google+ was ever going to surpass Facebook, it had to fit into some sort of niche where it would have a clear advantage over the world’s biggest social network. Instead, Google never gave the average user a reason to believe it was anything besides another Facebook, but with fewer people with which to interact. For most users, there wasn’t enough Google+ was offering that wasn’t already available through Facebook and Twitter.

People don’t like the idea of having their web experience fully integrated. Google+ was completely connected to all Google services, including Places, Gmail, Search and, most significantly, YouTube. Some people complained that they couldn’t keep their different web activities separate when they used Google+, creating a confusing and frustrating user experience.

Google+ tried to create an exclusive feeling early on by being an invitation-only social network before its full public launch. This is somewhat reminiscent of the way Facebook began by requiring an .edu address to join. However, Facebook’s rapid growth was due in large part to something Google+ completely lacked: a “cool” factor.

Consider this: Google+ was founded by one of the world’s largest technology companies. Facebook was founded by a kid in his dorm room. Google+ quickly targeted professionals and businesses as its primary users. Facebook started off as a site for hip, young people. No matter how well designed the site was, Google+ was always going to have a more “corporate” feeling.

It’s impossible to say what the future holds for Google and social networking, but it would appear that it’s no longer going to focus so much on Google+. And while content marketers will likely need to make some adjustments to their strategies, the average Internet user is not likely to notice much when Google+ eventually fades away.