It was an absolute PR disaster. NBA Superstar Lebron James sat in a Connecticut Boys & Girls Club, on national television, announcing that he was leaving the perpetual underdog Cleveland Cavaliers for greener pastures in Miami. Making things worse, he somewhat awkwardly announced his decision by declaring, “I’ll be taking my talents to South Beach.” 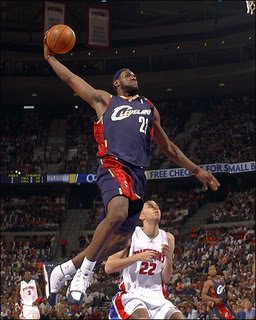 “The Decision,” as ESPN dubbed it at the time, was obviously a cooked up by some team of publicists who figured that milking the drama surrounding James’s next move would cement his place as the greatest basketball player of his generation. In theory, it made sense, but in practice it came off as arrogant and self-serving to the millions of fans watching back in the summer of 2010.

Ever since, James’s reputation has been a little tarnished by the publicity stunt gone wrong. While there have been plenty of NBA fans who have gotten behind the perceived “dream team” of James, DeWayne Wade and Chris Bosh in Miami, James became a bit of a pariah, particularly in Ohio, but also across the country. He went from being the next Michael Jordan to someone fans, in large part, have loved to root against.

This summer James was again a free agent, and the speculation was just as intense as it was four years ago. ESPN, Sports Illustrated and the other sports media powerhouses were again relentless with their coverage.

But today James wisely and quietly broke the news that he would indeed return to Cleveland through an interview with Sports Illustrated. There was no media circus, no TV special and no dramatic announcement. The article even came out on a Friday, definitely not an ideal time to garner the most media attention possible (although I’m sure ESPN will find a way to fill the entire weekend with nothing but Lebron).

In the SI interview, James shared why he went to Miami in the first place and even admitted regret for “The Decision” and the impact it had. He told reporter Lee Jenkins that he wanted to return to his home (he’s from northeast Ohio) and finally bring a championship trophy to the Cavaliers.

We have no reason to doubt that the 10-time All Star is anything but sincere in his desire to play in Cleveland once again. However, considering the past, it was also an extremely wise PR move. In one fell swoop, he has turned himself into someone who has learned from his mistakes and who wants to work hard to right previous wrongs. He’s the prodigal son who has humbly returned home, and there’s little doubt the city of Cleveland will take him back with open arms.

Judging by this decision, it’s also likely that James is considering his legacy. As he reaches the prime of his career, he wants remembered as one of the greatest players of all time, not the guy who shunned his hometown for the promise of a ring in South Beach.

Even if he doesn’t win a championship with Cleveland, if he stays there the rest of his career, he may be known — fairly or unfairly — as the player who gave up the glitz and glamour of Miami in favor of the blue-collar Midwest.

Steve Bailey is president of ProPRcopy, a company offering a wide range of copywriting services to public relations, marketing and advertising firms worldwide.