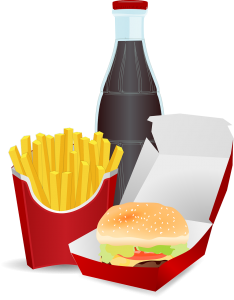 In response to declining sales among younger customers, McDonald’s is introducing some major changes to its restaurants and branding in 2015. According to Adweek, the “I’m Lovin’ It” brand seeks to transform the way consumers view it over the next year at a time when hipper, healthier food options like Chipotle and Sonic continue to close in on market share.

In 2014, the company had a big swing and a miss with its “Our Food, Your Questions” marketing strategy, which failed to connect with consumers. As part of this effort, McDonald’s ran ads encouraging people to visit a specially designed website to learn more about the ingredients in its food. This transparency-focused strategy was criticized for being not very transparent at all, as the company faced accusations that the information it provided did not tell the whole story on how it food is made.

This month, McDonald’s launched its “Signs” ad campaign, with television spots depicting a montage of restaurants’ changeable signs. Some of the signs display messages after well-known national events, including “Boston Strong” after the Boston Marathon bombing of 2013. Others are simple messages like “Thank You Veterans.” The campaign has received mixed reviews, with some ad professionals praising the approach and others criticizing the fine line the brand walks in using certain tragic events for marketing purposes.

McDonald’s still holds its spot as the number one fast food chain in the world, but its sales last November dipped 4.6 percent. This has prompted executives to take a look at how the brand can stay on top in an increasingly competitive market. And although there won’t be any changes to McDonald’s core logo and branding, it will continue to focus its marketing efforts more on the principles of high-quality menus, value and service.

Changes on the way

What consumers may notice from McDonalds over the next 18 months, according to BusinessWeek, will be new and updated packaging, staff uniforms and signage. The company is also experimenting with customization, which would allow customers to select their sandwich toppings. Although this would provide greater options to customers, it could also increase prices and lengthen wait times.

Another area in which McDonald’s has struggled is communicating nutritional information. Today’s foodservice industry consumers are more focused on feeding their families healthier options, and younger families in particular demand more nutritional meals. In response, the fast food giant has introduced Cuties California Clementines into its Happy Meals. It is also planning on serving sustainable beef in 2016, and may add more fruit and vegetable options in the near future.

Throughout its rebranding efforts, McDonald’s will focus on menu options, working to simplify its menu rather than expanding it. While the Big Mac and French fries will continue to be staples, the company will cut at least eight items from its menu — along with five of its Extra Value Meals.

Additionally, there will be some new technologies incorporated into McDonald’s stores that aim to help customers choose their meals, including touchscreen devices. This year, 2,000 of the company’s 14,000 U.S. restaurants will have these touchscreens installed, significantly changing the menu ordering process for guests.

It was a rough 2014 for McDonald’s, as the company saw its reign as the top fast food company in the world begins to diminish. But will these rebranding efforts actually work? By and large, consumers tend to see McDonald’s for what it is — a cheap, convenient and mostly unhealthy food option for when you’re on the go.

Most people recognize that all fast food should be eaten in moderation, and if McDonald’s wants to position itself as a source of healthy, high-quality meals, it may have a steep climb ahead of it.