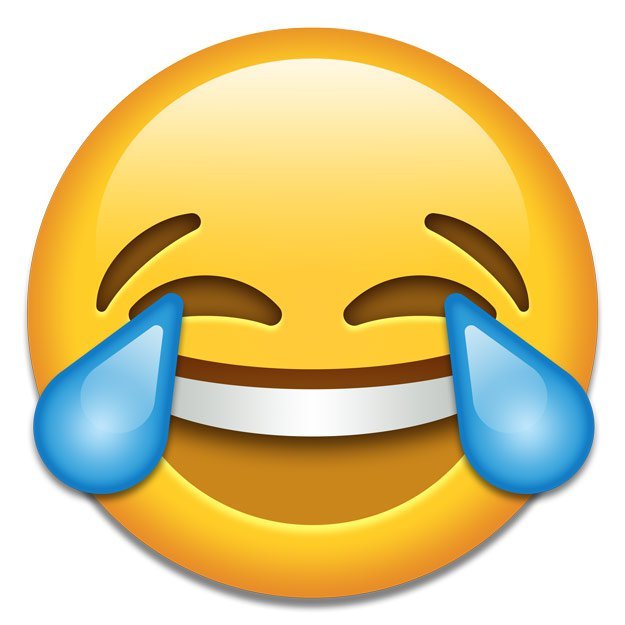 In November, Oxford English Dictionary made a decision certain to ruffle the feathers of people who are sick of those darned kids and their texting and “Tweeter.”

For the first time, the dictionary’s Word of the Year isn’t a word at all—it’s an emoji. Specifically, the “Face with Tears of Joy” emoji.

The official statement from Oxford English Dictionary reasoned that the emoji “best reflected the ethos, mood and preoccupations of 2015.” It beat out words and phrases such as “sharing economy,” “ad blocker” and “lumbersexual” for the coveted prize. Past winners include “vape” (2014), “selfie” (2013), “carbon footprint” (2008) and “Sudoku” (2005). The words are usually selected to highlight specific trends in language, communication and culture in a given year.

It says a lot about the way we communicate in today’s world that the Word of the Day isn’t actually a word, but a symbol. Say what you will about people being preoccupied with their mobile devices—this is actually a fascinating look into an evolution of communication. Mobile devices are no longer the go-to means for speaking over the phone to others. They’ve also become the primary source for browsing the Internet, social media networks and communicating via text message.

Anyone who has ever had to type out a long text or email message on a smartphone knows how cumbersome and annoying it can be. In the past, we relied on electronic shorthand like “lol” or “btw” convey emotions or abbreviate regularly used phrases. The introduction of emojis has created an even quicker way for people to get across what they want to say with as little effort as possible.

The “Face with Tears of Joy” emoji is commonly used in a variety of situations. One might include it when “re-tweeting” someone on Twitter demonstrate how much the tweet prompted a laugh. You might also use it in situations in which you are simply overwhelmed with happiness.

If you are worried about the downfall of the English language because of the prevalence of emojis, never fear—there will always be a place for actual words. But as people who work with words on a daily basis, we found it extremely interesting that even a dictionary is admitting that in some situations, pictures really can be more powerful tools for communication.

Tim Backes is a senior editor with ProPRcopy, a company providing a wide range of copywriting services to businesses and organizations across the country and around the world.