It’s Time to Retire the Double Space After a Period 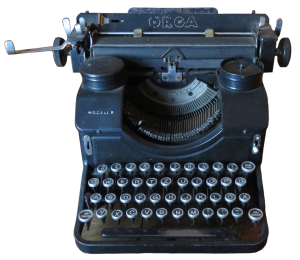 More often than not, the longstanding creed that “old habits die hard” proves to be true. For copywriters especially, an ingrained way of thinking may be the result of years of repetition and practice, resulting in composition habits that are tough to shake. And with the various styles and guidelines out there (AP, Chicago, MLA, etc.), there’s a big challenge in figuring out what’s wrong and what’s right in the first place. One thing that’s always wrong however, is the double space after a period.

That’s right—the timeless rule of placing two spaces after a period while typing is actually incorrect. Can you believe it? Not many copywriters can.

Why do so many content creation professionals continue to add that extra space when they finish a thought? The answer is habit. You see, in the earliest days of word processing all the way through to the recent millennium, adding that extra space was the right way to go about starting a new sentence.

Back in the days of typewriters and early word processing units, the distinction of a double space after a period marginally noticeable at best. Pressing the space bar on your old IBM typewriter meant adding enough room to disjoint one word from another, but not enough to separate sentences. Not adding that double space after a period could result in a very long and convoluted paragraph, with very little opportunity for the eyes to take a break. Thus began the practice of copywriters adding an extra space between sentences.

Fast-forward to modern times, and you’ll clearly see that we’re not doing too bad when it comes to word processing. In fact, even typing is becoming obsolete with the advent of speech-to-text software (but that’s another story).

Nowadays, popular programs such as Microsoft Word, OSX Pages and Open Office save us the trouble of formatting documents with extra spaces, thanks to pre-programmed spacing. These applications are smart enough to know that when you’re creating a body of copy, it needs to be clearly legible to everyone who looks at it, which is why you’ll always see the appropriate amount of spaces between words, letters and sentences each time you finish plugging away at an idea.

In short, the double space has become obsolete. Much like the typewriters that gave way to the practice, it’s time to let it go. But never fear—this isn’t one of those habits that will ruin your style once you break it! The double tap is just a simple formatting extra that can easily be eliminated from a copywriter’s daily composition with a little extra attention to detail.

Kyle Danowski is a senior editor with ProPRcopy, one of the nation’s leading content creation agencies.