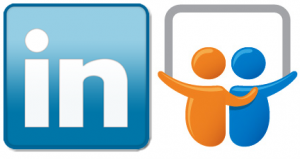 SlideShare, one of the top platforms out there for creating and sharing dynamic presentations and documents online, recently announced that it will now be known as “LinkedIn SlideShare.”

Along with this rebranding comes greater integration with LinkedIn, which purchased SlideShare about three years ago. As TechCrunch reports, the company has unveiled a new tool called “Clipping,” which gives users the ability to select individual slides from presentations they like and post them to subject-based clipboards. After some beta testing, the company made the feature available to all users August 24.

SlideShare users will now notice an icon labeled “Clip Side” on the bottom corner of the slides they view, allowing them to quickly save any slide to their My Clipboard platform. Then, they are able to organize their saved slides based on subject area. Once users have created their clipboards, they will be able to share them across numerous social media networks, including LinkedIn, Twitter and Facebook.

In many ways, the Clipping feature resembles Pinterest in that users can create boards focused on a wide range of topics. However, it is much more narrowly focused in that users may only clip items they find on SlideShare, rather than those they find throughout the web. On the other hand, it does allow users to interact through LinkedIn in all new ways, which could prove beneficial for B2B brands looking to further set themselves apart as thought leaders in their fields.

According to officials from LinkedIn SlideShare, Clipping is just one of many features the company plans to launch in the near future. This could signify that the platform is looking to becoming more of a social network itself, rather than primarily a channel for users to post and share content for use on other social networks. Although SlideShare currently has an estimated 70 million users, an overwhelming majority of its traffic comes through search, which means people tend to access it when looking for highly specific information rather than passive browsing.

We’re big fans of LinkedIn SlideShare and its usefulness when it comes to sharing and disseminating content. In fact, it can be a cornerstone of a successful content marketing strategy. It will be interesting to see if the Clipping feature is ultimately successful and if the platform will unveil any other new concepts in the months to come.

ProPRcopy is a respected copywriting service assisting a wide range of businesses and organizations with their content marketing efforts.