The XBox One Reveal and the Overuse of Buzzwords

Last week, I was reading and watching some of the coverage related to the unveiling of Microsoft’s new Xbox system. As someone who enjoys both video games and PR news, this was a fascinating convergence of interests.

In reading reactions to the big reveal, it became clear that many fans who had eagerly awaited the announcement were disappointed, not so much in the actual system itself but in its presentation. While complaints ranged from a lack of gameplay footage to questions about the need for several new hardware features, the most common criticism was that the unveiling press conference was overly laden with obvious marketing speak and “buzzwords” that didn’t seem to have any real meaning. 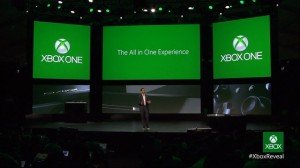 The Xbox One Reveal (Forbes.com)

A buzzword can be defined as any word or short phrase that is meant to describe something in an impressive or fashionable manner. In the business world, these words often reflect something about the brand in question.

In the case of Microsoft, there was a lot of talk about “reimagining” the way people use their game consoles, how the system will provide gamers with a “connected experience” and how it was “groundbreaking” for the “next generation” of video game enthusiasts.

The biggest problem was that the use of these types of buzzwords during the reveal conference was rather vague. Because the Microsoft representatives at the conference didn’t do a great job of addressing specific examples for each of these buzzwords, many of their fans who had eagerly anticipated this reveal were left drowning in a sea of marketing speak. And so, the Xbox One buzzwords have become the focal point of the reveal, instead of the console itself.

It’s important to note that buzzwords are not an inherently bad thing. When used correctly, they can be effective at consistently describing your brand and its benefits. If you have come up with a few unique buzzwords that you feel go great with your marketing campaign, make sure that you follow these tips:

Remember, buzzwords can be an effective marketing tool as long as you know when and how to use them. If you are able to find the right balance, you will be able to strengthen your brand while keeping your customers engaged.

Tim Backes is a senior editor with ProPRcopy