What a deal: iPad regularly gets free advertising from the NFL 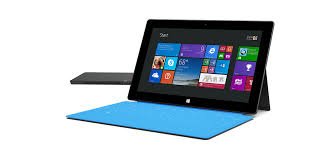 If you’ve paid attention to the sidelines during NFL games over the last two seasons, you’ve likely noticed many coaches are now using tablets instead of old-school play sheets for the purposes of play calling and diagramming. That’s because right before the 2014 NFL season began, the NFL reached a $400 million deal with Microsoft to make the Surface the league’s official tablet.

But as a display of just how much Apple owns the tablet market, at least in terms of name brand recognition, announcers and players have regularly been referring to them as iPads in commentary and interviews. Microsoft actually had to work with the NFL to ensure announcers would refer to the devices by their correct names and stop giving free shout-outs to the brand’s biggest rival.

Then, in the first game of the season this year, a highly anticipated primetime matchup between the New England Patriots and Pittsburgh Steelers, NBC play-by-play announcer Al Michaels referred to the device in Patriots Coach Bill Belichick’s hands as an “iPad.” This, of course, prompted a lot of jokes on social media and a whole lot of face palms from the league and Microsoft alike.

The apparent inability of announcers and players to get the name of the device right is a testament to how strong of a brand Apple has built up in the iPad. After all, the iPad was really the first tablet. When it was first introduced, we had never really seen anything like it. It resembled a blown-up iPhone—or perhaps a datapad from Star Trek.

Apple didn’t just corner the tablet market—it created it. We’ve seen many competitors create some excellent tablets of their own since then, including Microsoft’s Surface, Amazon’s Kindle Fire and the Samsung Galaxy Tab. But Apple did such an outstanding job of branding its iPad early on that all those competitors are still playing catchup in terms of name recognition. These recent NFL flubs are proof of that.

This is a powerful lesson for marketers everywhere about the importance of branding. When you’ve got a brand-new product you’re excited about, one that you think fills a unique niche in the market, you have the opportunity to put a powerful hold on that market space even after more competition comes into the picture.

Tim Backes is a senior editor with ProPRcopy, a company offering professional copywriting services for brands that would like to engage in comprehensive content marketing strategies.